Kate Humble was born in 1968 and grew up in rural Berkshire in a house next to a farm. She had what she describes as a ‘proper childhood’ – building camps, racing snails, climbing trees, interspersed with trips to A&E to patch up things when they broke. At the neighbouring farm she learnt to ride horses and developed a lifelong passion for mucking out.

At 18 she left school and home, and worked odd jobs for a year to fund a year travelling in Africa, which, she says, taught her far more than she would ever have learnt at university. On her return to the UK Kate got her first job in television as a runner and met Producer/Director Ludo Graham who she married in 1992.

A love of travel

Kate travelled whenever she had the opportunity and in 1996 had her first travel article published by ‘The Telegraph’.

That same year she got her first job at the BBC as a researcher on ‘Animal Hospital’ and then ‘The Holiday Programme’.

It was on her second day in the Holiday office when she was asked by the programme’s editor if she had ever presented before. ‘No,’ she said ‘and nor do I want to.’ Kate has been presenting programmes and writing articles and books for the last twenty years.

In 2007 Kate and Ludo moved to a smallholding in Wales and in 2011 set up ‘Humble by Nature’ a rural skills school on a working farm in the Wye Valley. They live with a variety of feathered and furry livestock and dogs. 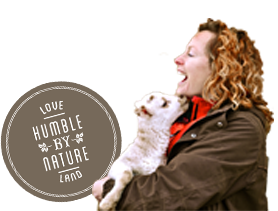 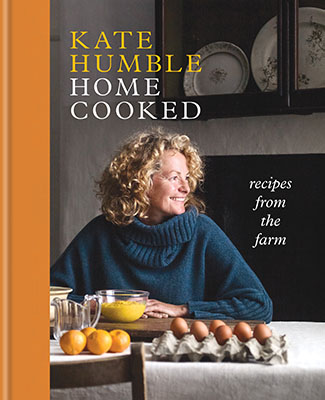 Order yours today
A word from Kate...

I’m lucky enough to travel the world, have fantastic experiences and meet amazing people - all in the name of work.

This website uses cookies to improve your experience while you navigate through the website. Out of these, the cookies that are categorized as necessary are stored on your browser as they are essential for the working of basic functionalities of the website. We also use third-party cookies that help us analyze and understand how you use this website. These cookies will be stored in your browser only with your consent. You also have the option to opt-out of these cookies. But opting out of some of these cookies may affect your browsing experience.
Necessary Always Enabled
Necessary cookies are absolutely essential for the website to function properly. These cookies ensure basic functionalities and security features of the website, anonymously.
Analytics
Analytical cookies are used to understand how visitors interact with the website. These cookies help provide information on metrics the number of visitors, bounce rate, traffic source, etc.
Save & Accept